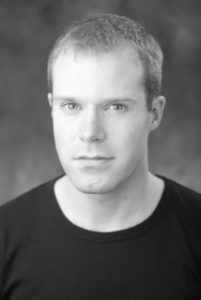 Thomas, bass-baritone, graduated from the Guildhall School of Music and Drama, where he won the English Song Prize. Since graduation with distinction in 2009 he has performed the title role in many productions including Rossini’s Il Signor Bruschino for British Youth Opera and Marcello and Schaunard in OperaUpClose’s Olivier Award-winning La Boheme at the Soho Theatre.

Highlights of his concert work include The Messiah with the Cyprus Symphony Orchestra in Nicosia, the song project Lads in their hundreds directed by Iain Burnside at Kings Place and on BBC Radio 3, in which his contribution was singled out by Opera Now magazine as ‘a tour de force’, and Ives’ General William Booth enters the Kingdom of Heaven with Sir Andrew Davis and the BBCSO at the Barbican Hall. Other oratorio repertoire recently performed includes Bach’s St John Passion, Cantata 140 Wachet Auf and B minor Mass, Rossini’s Petite Messe Solonelle, and Haydn’s Nelson Mass. He has also sung with the Mark Morris Dance Company on their 2009 UK tour performing Schubert lieder at venues including Sadler’s Wells, Cardiff’s Millenium Centre and Snape Maltings.

Dear Sara, I just wanted to say an enormous thank you. You and the rest of the choir were incredible. So many of the guests made the same comments to me at the wake. I just wish I’d asked you to sing some more!! The final one was just perfect. And thank you again. Elly x

“I just wanted to say thank you so much for such a lovely performance at the funeral on Saturday. Everyone commented on how wonderful you were. It made such a difference to the day to have a live performance of Mum’s favourite pieces of music and made the day even more memorable as a celebration of mum’s life. I’m just so sorry that Dad and I couldn’t have met you on the day. Everything went so fast! From the whole family, our grateful thanks, Mark”
– Funeral service, Mortlake Crematorium, Richmond, London, 2019

Thank you both for a wonderful performance. It was inspirational, and my mother in particular was uplifted. You made it very special. My kindest regards, Andy
– Funeral Service, St Pauls Church, Woodford Bridge, London 2012